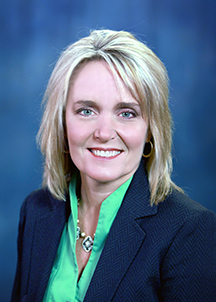 Margie Vandeven is the Commissioner of Missouri’s State Board of Education. She is passionate about ensuring that each child has the opportunity to graduate prepared for success. She has more than 30 years of student-centered service in education, including five at Missouri’s top educational post. She is a teacher who has provided education leadership in the classroom, school, state and national roles assumed throughout her career.

Vandeven joined the Department in 2005. She was appointed commissioner of elementary and secondary education by the Missouri State Board of Education in December 2014 and served in that capacity until December 2017. She was reappointed in January 2019. During the interim, Vandeven worked as the director of educational partnerships for the SAS Institute in Cary, N.C. As commissioner, Dr. Vandeven works collaboratively with a diverse group of stakeholders to improve educational opportunities for more than 918,000 Missouri students.

Dr. Vandeven began her education career in 1990 as a Missouri teacher. From 1995-2002, she taught high school English and served as an administrator in Maryland before returning to Missouri as an English teacher and administrator.